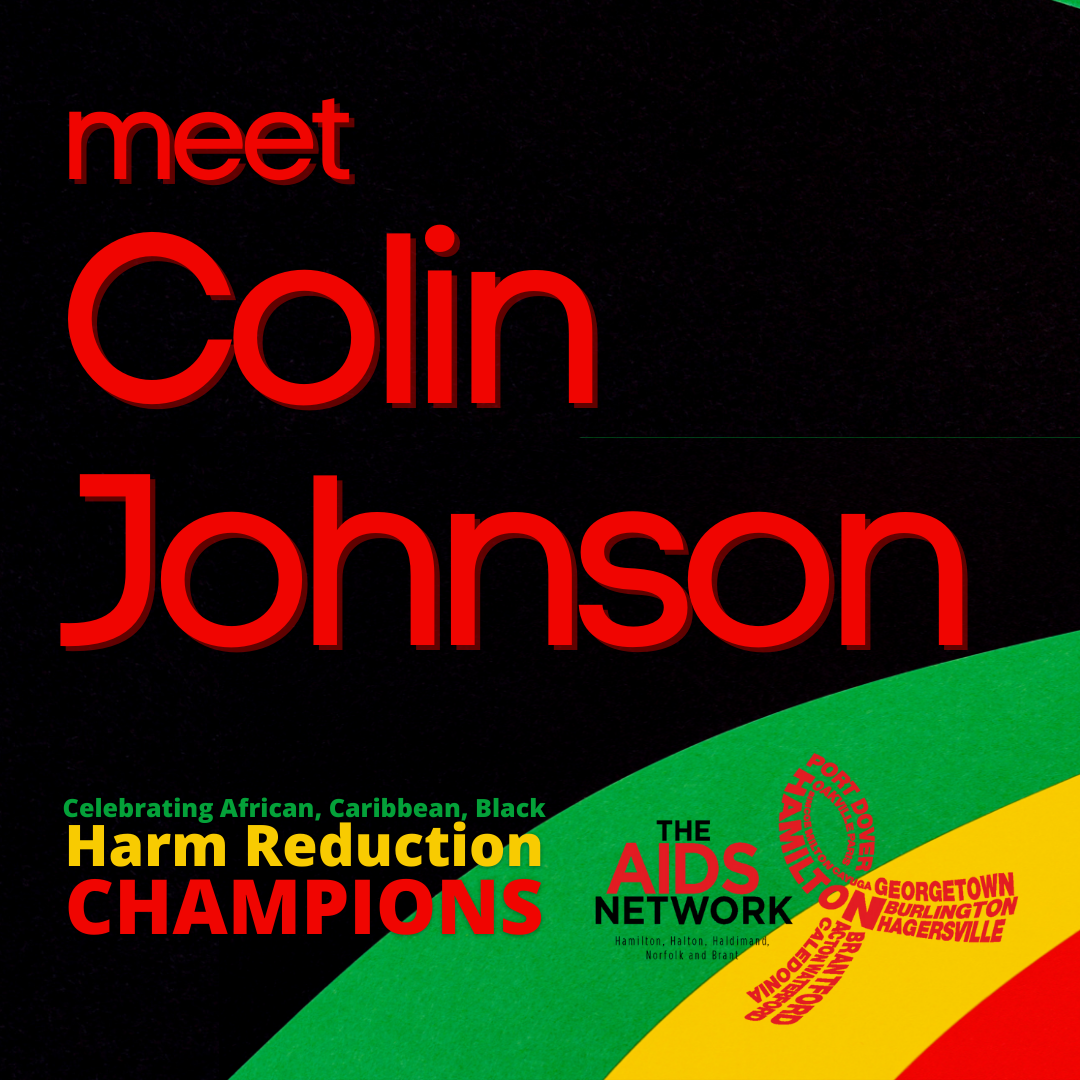 Colin immigrated to Canada in 1972 from Jamaica. A founding member of the GFM (Gay Freedom Movement) Jamaica and The Gay Alliance at York (Toronto) has been an advocate for Gay and Black rights since the 70’s. 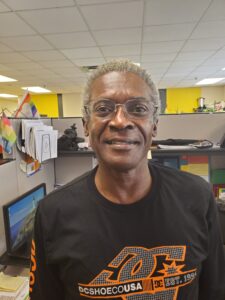 Diagnosed as HIV+ in 1984. Over the following years he has volunteered with various ASO’s (AIDS Service Organizations) including PWA (Toronto People with AIDS Foundation), BlackC.A.P. (Black Coalition for AIDS Prevention) and Fife House. He served as a Director on the OAN (Ontario AIDS Network) Board, and presently sits on the Board of Directors of PASAN (Prisoners’ HIV/AIDS Support Action Network) where he chairs the Decolonization/Anti-Racism/Anti-Oppression Committee. As well as being a member of The Canadian Coalition for HIV Criminalization Reform.

He presently co-facilitates with OHRN (Ontario Harm Reduction Network) and was employed as the ABC (African, Caribbean, and Black) Harm Reduction MSM Peer Educator at BlackC.A.P. He is now employed as a Community Researcher at St. Michaels Hospital.

He remains an advocate for human rights especially where it impacts Black and Queer issues relating to HIV and substance use. By sharing his story and being open with his status he confronts HIV stigma and misconceptions, a past contributor to POZLite Magazine he now has a monthly slot with Rainbow Country for CUIT Radio in Toronto, Canada. In 2018 he turned 60, something he thought he would never see and graduated from Ryerson University with a Certificate in the AODA (Accessibility for Ontarians with Disabilities Act). He is presently pursuing a Certificate in Mental Health and Addictions also at Ryerson.

Colin was a panelist at Stimulus Connect 16: Thresholds and Necessary Trafficking hosted by The Canadian Drug Policy Coalition this past January.

Decriminalization Done Right: A Rights-Based Path for Drug Policy was collaboratively developed by 21 civil society groups composed of people who use drugs and their respective organizations as well as non-governmental organizations throughout Canada. The platform was released to the public in December 2021. One of its key recommendations relates to necessity trafficking and drug thresholds, and it has become increasingly clear that there is a lack of understanding in both areas. Why are they misunderstood by so many Canadians yet imperative to people who use drugs? Stimulus Connect 16 aims to clear this confusion.

Colin also joined The Positive Effect in 2019 as a part of their ‘Pozcast’ series “Gay Men Using Meth: A Harm Reduction Approach“. Listen to the episode at https://www.positiveeffect.org/pozcast/se1-ep8-gay-men-using-meth-part-3-a-harm-reduction-approach