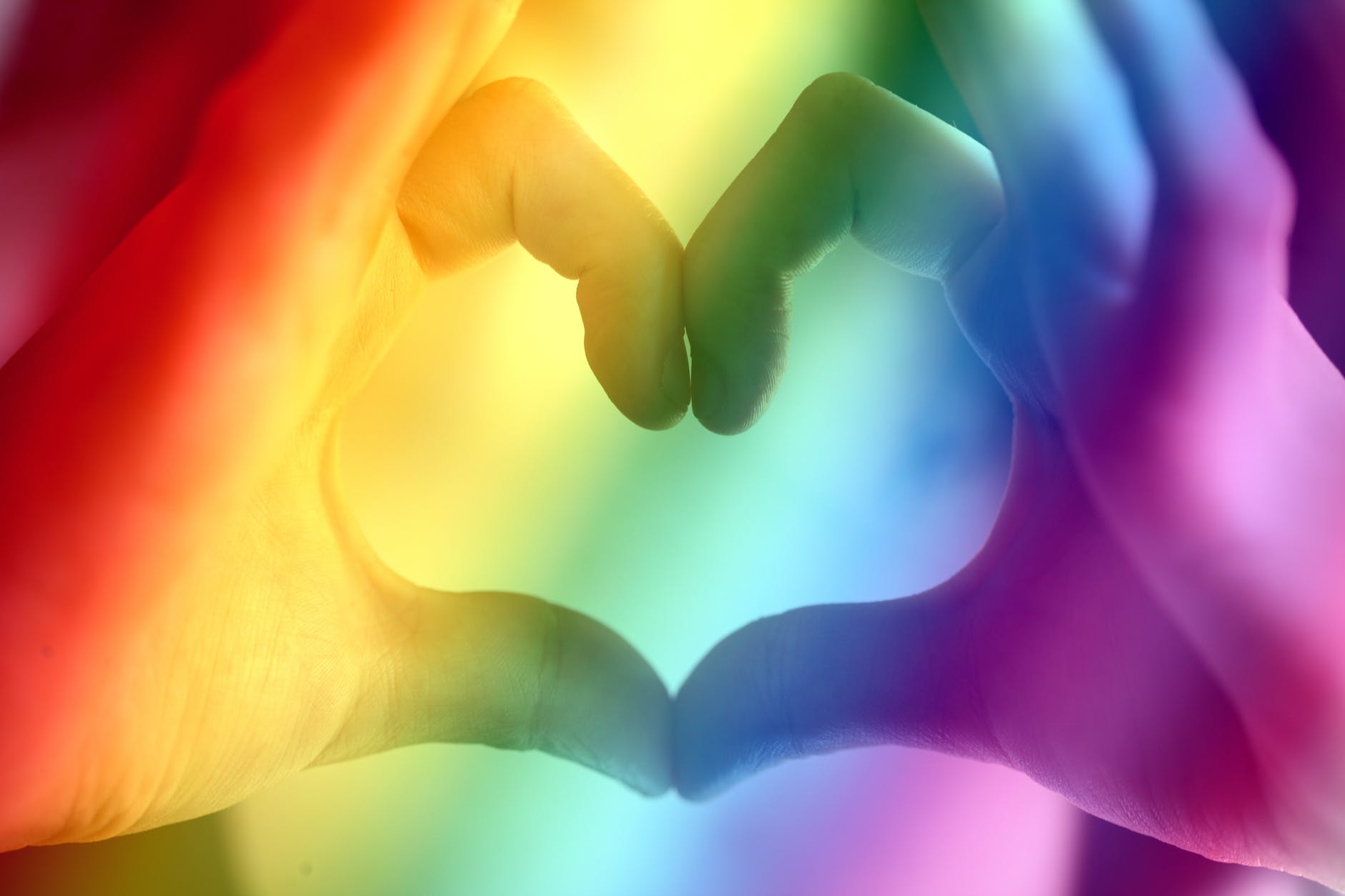 We all know we should be staying home, but what to do to pass the time? At my house, we have started to make a list of our favourite queer screen content, and then that evolved into tracking down how to watch all our favourite queer content that we could think of! I thought I’d share our work in progress – this is by no means a complete list of whats available to stream in Canada, but its definitely our favourite content that we have found a way to watch. Some of these are not entirely about queer experiences, but we have included series and films with significant queer content beyond a b-story side character inclusion.

Also, we recognize that some of these are classics and havent always aged perfectly, and there is definitely baggage attached to many of these titles, but many have been hugely influential to both queer representation in mainstream media and represent important parts of our history. Also please note that many of these series and films contain content that may be upsetting (such as transphobic or homophobic violence, mental health concerns etc) and I’d advise looking into them further if you are concerned.

Paris is Burning – fundamental viewing for anybody who loves drag and wants to explore the class, gender and racialized roots of the art, this 1990 documentary chronicles the end of the golden age of New York City ball culture. As Daily Dot writer Mary Emily O’Hara pointed out: “If you’ve ever used words like ‘fierce’ or ‘shady’ or commented ‘yassss queen’ or ‘work’ on a cute Instagram pic, you’ve been speaking the language of the ball scene – likely, without ever realising where it came from.” After watching, I recommend doing some reading about the controversy surrounding the film – here is a great article by The Guardian’s Ashley Clark about that is https://www.theguardian.com/film/2015/jun/24/burning-down-the-house-debate-paris-is-burning

Please Like Me: Australian television comedy drama series written by and starring Josh Thomas, Please Like Me is extremely real in ways that make it equally funny and heartbreaking. This series does a great job of tackling tough subjects  (especially related to mental health) without turning them into punchlines but also not shying away from finding the humour in them.

Sex Education: Socially awkward high school student Otis may not have much experience in the lovemaking department, but he gets good guidance on the topic in his personal sex ed course — living with mom Jean, who is a sex therapist. While Otis isn’t queer himself, this show is overflowing with interesting queer characters and great queer themes – I love how it normalizes the friendship between Otis and his best friend Eric (who is gay), and the representation of bisexuality.

Sense 8: Eight strangers around the globe find themselves connected — first by a violent vision, then by their shared ability to connect with one another’s thoughts and actions, and finally by the urgent need to find out what happened and why. Not 100% queer content by any means, but a huge step forward for queer and trans representation

Easy: From director and creator Joe Swanberg, this Netflix-original comedy anthology series explores diverse Chicago characters, modern romance technology and culture. This is another series that is not 100% queer but includes great queer representation.

Strike a Pose: In 1990, seven young male dancers joined Madonna on her controversial `Blonde Ambition’ tour. They soon discovered that they were role models in the gay community, though they didn’t always feel like it.

I am Not Okay With This: A teenager navigates the complexities of high school, family and her sexuality while dealing with new superpowers; based on Charles Forsman’s graphic novel.

Queer Eye: More than a decade after the original series went off the air, Netflix reboots the “Queer Eye” franchise with a new Fab Five and a new setting, trading in the concrete jungle of New York City for communities in and around Atlanta.

The Death and Life of Marsha P. Johnson: a quarter century after her mysterious death which police at the time refused to investigate, and now at a time of unprecedented visibility and escalating violence in the transgender community, Marsha’s old friend and fellow activist Victoria Cruz has taken it upon herself to reexamine what happened to Marsha. Dipping deep into jaw-dropping archival footage of another era of New York City life, The Death and Life of Marsha P. Johnson follows as this champion pursues leads, mobilizes officials, and works to tell the story of Marsha’s life and get to the bottom of Marsha’s death.

The L Word: This long-running Showtime series features intertwined stories about the lives and loves of a group of lesbians and bisexuals in Los Angeles.

The L Word, Generation Q: Ten years after the previous events, the original group of friends is joined by new faces as they continue their journey through the trials of life and love in Los Angeles.

Can you Ever Forgive Me: Once a celebrity biographer, Lee Israel decides to turn her art form to deception after she is not able to get published with the help of her friend Jack. Deftly directed and laced with dark wit, Can You Ever Forgive Me? proves a compelling showcase for deeply affecting work from Richard E. Grant and Melissa McCarthy.

The Favourite: Early 18th century. England is at war with the French. Nevertheless, duck racing and pineapple eating are thriving. A frail Queen Anne (Olivia Colman) occupies the throne and her close friend Lady Sarah Churchill (Rachel Weisz) governs the country in her stead while tending to Anne’s ill health and mercurial temper. When a new servant Abigail Masham (Emma Stone) arrives, her charm endears her to Sarah.

Work in Progress: At 45-years-old, Abby (played by showrunner Abby McEnany as fictionalized version of herself) begins to re-evaluate her life and perspective after her misfortune and despair lead her to a transformative relationship.

The Miseducation of Cameron Post: Cameron Post (Chloë Grace Moretz) looks the part of a perfect high school girl. But after she’s caught with another girl in the back seat of a car on prom night, Cameron is quickly shipped off to a conversion therapy center that treats teens “struggling with same-sex attraction.” At the facility, Cameron is subjected to outlandish discipline, dubious “de-gaying” methods, and earnest Christian rock songs-but this unusual setting also provides her with an unlikely gay community. For the first time, Cameron connects with peers, and she’s able to find her place among fellow outcasts.

Gentleman Jack: The story of Anne Lister based on her diaries, this series examines Lister’s relationships with her family, servants, tenants and industrial rivals, and would-be wife. The real-life Anne Lister’s story was recorded in her diaries, and the most intimate details of her life are revealed for the series.

Killing Patient Zero: Gaetan Dugas was a French-Canadian Air Canada flight attendant who died of AIDS in 1984, aged 32.  But Dugas was not, as countless books and magazines and newspaper articles have unfairly villified him as, “Patient Zero,” the start of the disease and the reason it swept through the North American gay community.

Looking: Three best friends living in San Francisco share the nuances and complexities of contemporary gay relationships as they explore a variety of options, both in love and in life. They are unified by their close bond, but their search for happiness and intimacy has taken them on separate paths.

The Normal Heart: In the early 1980s, the onset of the HIV-AIDS crisis in New York led to an emergence of homosexual activists. With support from the medical community, they try to raise awareness about the disease.

The Gay and Wonderous Life of Caleb Gallo: A wonderous story of the complexities of relationships, friendly and romantic. Blurring the lines of expected troupes through random comedy and a realistic, interconnected interaction

Pose: While New York witnesses the evolution of the ball culture and the rise of the Trump-era, an LGBTQ ball fixture, Blanca, starts her own house and turns mother to a gifted dancer and a sex worker.

Pride (2014): Realising that they share common foes in Margaret Thatcher, the police and the conservative press, London-based gay and lesbian activists lend their support to striking miners in 1984 Wales.

But I’m a Cheerleader: Megan considers herself a typical American girl. She excels in school and cheerleading, and she has a handsome football-playing boyfriend, even though she isn’t that crazy about him. So she’s stunned when her parents decide she’s gay and send her to True Directions, a boot camp meant to alter her sexual orientation. While there, Megan meets a rebellious and unashamed teen lesbian, Graham. Though Megan still feels confused, she starts to have feelings for Graham.

Queer as Folk: Set in working-class Pittsburgh, the drama revolves around a group of gay friends and their relationships, careers, loves and ambitions.

Noahs Arc: This drama series follows  Noah, Alex, Ricky, and Chance, four African-American gay men in Los Angeles, through their relationships with their friends and lovers.

Moonlight: Chiron, a young African-American boy, finds guidance in Juan, a drug dealer, who teaches him to carve his own path. As he grows up in Miami, Juan’s advice leaves a lasting impression on him.

Call me by your Name: A melancholy, powerfully affecting portrait of first love, empathetically acted by Timothée Chalamet and Armie Hammer.

C.R.A.Z.Y: Teenager Zachary Beaulieu is confused about his sexuality and is in conflict with his Canadian-Catholic upbringing which alienates his father Gervais and confuses his mother Laurianne. Forcing himself to like girls, Zachary also has to cope with his older brothers, who don’t make his life any easier but when he finally accepts his true feelings, will his family still accept him?

The Adventures of Priscilla Queen of the Desert: Two drag queens and a trans woman take their act on the road. They have several adventures and uncover deep secrets as they travel across Australia, entertaining homophobes and enthusiasts alike.While its premise is ripe for comedy — and it certainly delivers its fair share of laughs — Priscilla is also a surprisingly tender and thoughtful road movie with some outstanding performances.

Shortbus: written and directed by John Cameron Mitchell, The plot revolves around a sexually diverse ensemble of colorful characters trying desperately to connect in New York City. The characters converge in a weekly Brooklyn artistic/sexual salon loosely inspired by various underground NYC gatherings that took place in the early 2000s.

Wilde: The life of Oscar Wilde (Stephen Fry), at least that part pertaining to his sex life, Lord Alfred Douglas and his ruinous trial for indecency.

The Birdcage: (Ok I know this is a controversial one to include, and some of it has not held up well, but watching it recently, a lot of it still stands up. Also on a personal note, seeing this movie play during a flight was the first time I ever saw queer people represented on film, so it has some special significance to me) A gay cabaret owner and his drag queen companion agree to put up a false straight front so that their son can introduce them to his fiancée’s right-wing moralistic parents.

After this post was shared, someone reached out to remind us of the streaming service available to residents of Hamilton through Hamilton Public Library Kanopy  which allows you to stream for free 20 films a month, and is a free service to library card holders! Kanopy has a wide selection of LGBTQ+ content as well as lots of other great stuff, and its a free library service. Obviously Library branches are all closed right now, but if you have a Hamilton address and dont have a Library card, you can sign up for a card online at https://www.hpl.ca/online-registration