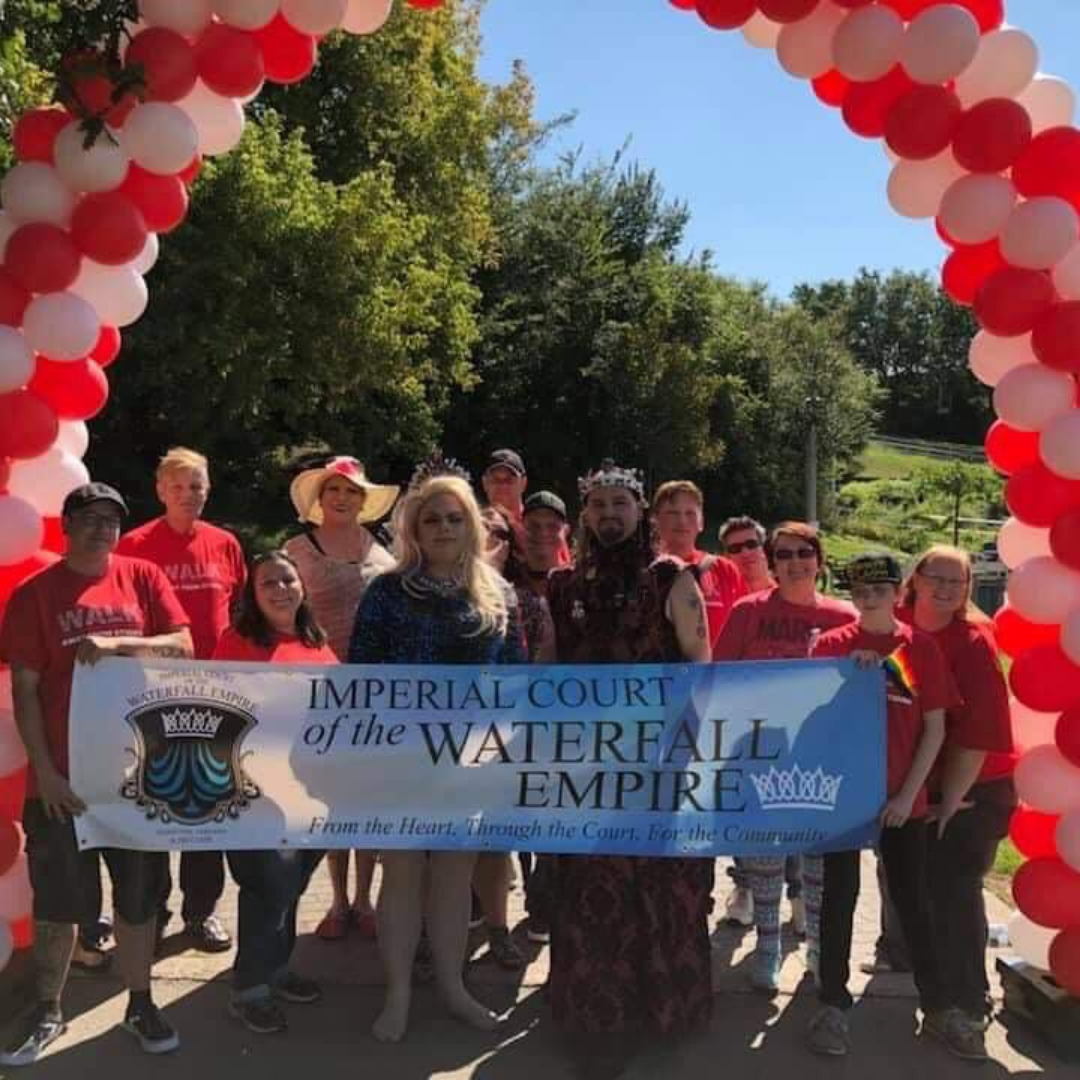 From the heart, through The Court, for the Community

The Waterfall Empire is a part of the International Court System, a grassroots network of non-profit organizations that work to build community relationships for LGBTQ+ equality and raise funds for local charitable organizations. The Court has been operating in the Hamilton area for 25 years, and the Waterfall Empire works in Hamilton, Niagara and the Tri-Cities area.

The AIDS Network relies on the support of friends and allies in the communities that they serve to deliver some of their most crucial programs and services. Show your support today, and help Team TD support their mission to respond to the impact of HIV in Hamilton, Halton, Haldimand, Norfolk and Brant. Please give generously

Please make cheques payable to ‘The AIDS Network’ and fill out ‘Walk Away from Stigma’ in the memo field. Cheques can be sent by mail to our office address:

Want to be a virtual walker, or find out more about The AIDS Network’s Walk Away from Stigma campaign?