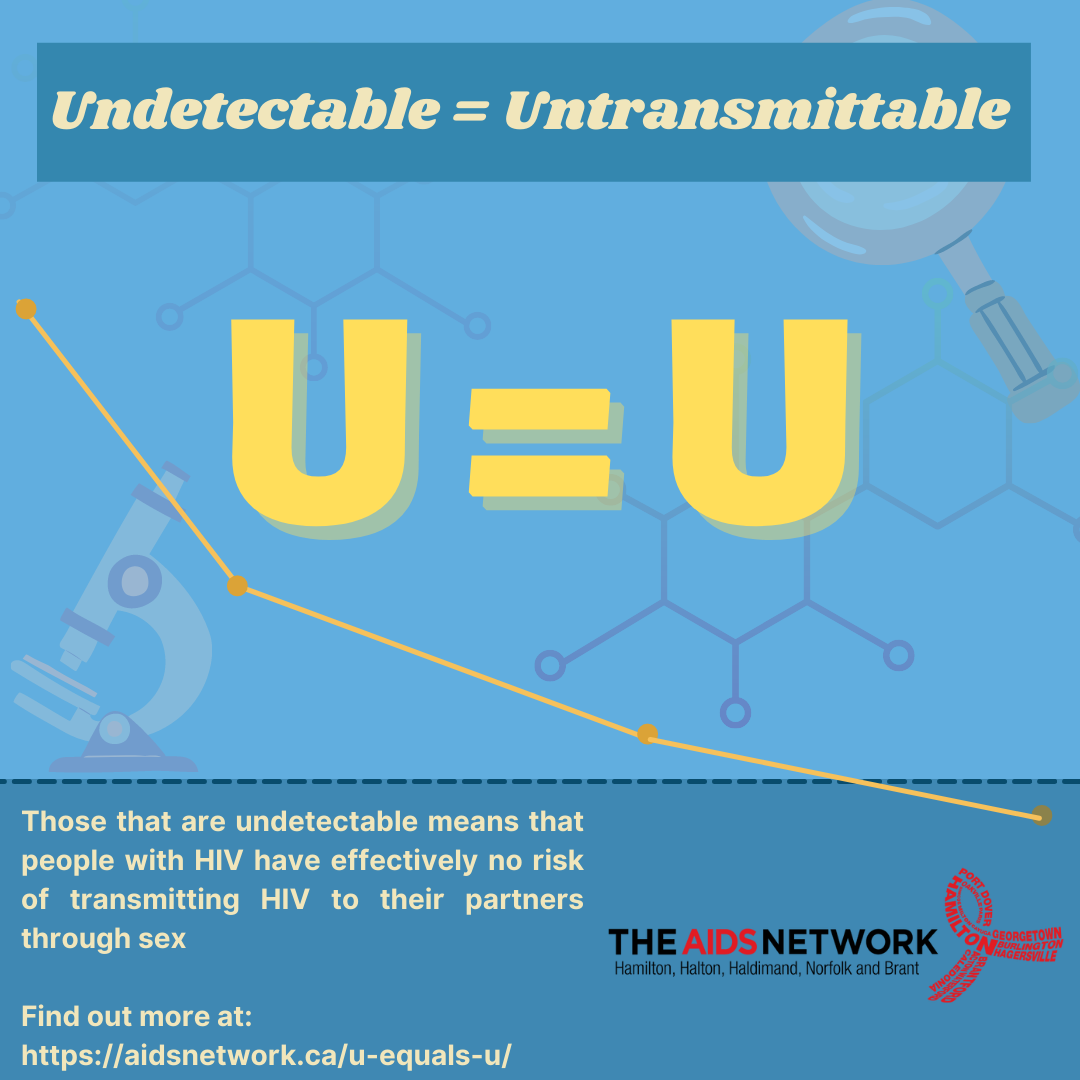 U=U is short for  “Undetectable is Untransmittable”, a slogan first used by the Prevention Access Campaign to widely share the incredible news of scientific evidence firmly showing that people living with HIV cannot transmit the virus sexually if their viral load is undetectable.

It has long been known to epidemiologists that a person’s HIV viral load (amount of HIV in the blood) is the key determinant for HIV transmission. In short, higher viral loads correlate with higher rates of sexual transmission of HIV. In 2017, a collection of clinical evidence firmly established that people living with HIV who maintain an undetectable viral load cannot transmit the virus to sexual partners, regardless of whether prevention methods such as condoms or PrEP are being used. Typically, a person living with HIV can achieve an undetectable viral load through the use of antiretroviral therapy (ART)  as prescribed by their doctor.

Viral load: the amount of HIV in the blood.

Untransmittable: when an undetectable viral load prevents the sexual transmission of HIV.